We had to buy a birthday present for a kindergartener boy.  As I made my selection in the Lego aisle, Tornado A and I heard the familiar sounds of a toddler playing with trains and a mother telling him that he could play for five minutes, just five minutes, we have to leave in five minutes.

So Tornado A did what any kid would do, he went to the next aisle and sat down and played trains with the little boy.

It’s hard to tell what the best thing is about little kids.  Their imagination.  Their wonderment.  Their need to try everything, except food.  Or this, their ability to see every child as a friend.  All it takes is someone around their size and instant friend.  Nothing else matters, not even the other child’s name.  Or in this case, the setting.

I’m not like that.  I’m sure I was once, but I grew up with little demons, who taught me not to trust, always hide, always shield.  So I play the shell game with my thoughts and feelings.  I strap on armor and pull the vizor down.  I’m ready for battle. 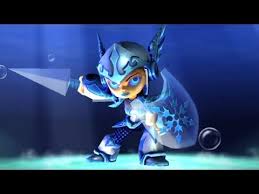 I don’t want the boys to see every situation as a battle, every person an enemy waiting to happen.  So I indulge when they find playmates, even if it means hanging out in Target in the train aisle for 15 minutes.

As we watched them play, I told the mom how I am always amazed how they find friends.  She agreed and asked my son’s name and age.  We compared notes as her son was only a few months younger.  We talked train toys, and I advised her to be careful of the Thomas trains because they have a variety of different sets that aren’t compatible and told her how a friend had travel train cases.  We talked about older siblings and fighting and rivalry.  We talked about their little friends.  Then it was getting late, and we helped the boys clean up and dragged them away down opposite sides of the aisle.

Sometimes grown-ups meet a person, and it’s an instant friend.   It doesn’t matter about their name or situation or circumstance.  It’s a connection.  We’re not alone.

One Response to “Instant Friends”